The MTS Times • May 9, 2021 • https://themtstimes.org/1040/features/the-us-mexico-and-colombia-three-countries-in-civil-unrest/

The US, Mexico, and Colombia: Three Countries in Civil Unrest

**This article is an ongoing project and will be published in three parts. Please check back for updates.

The United States, Mexico, and Colombia: Three different countries united by their protests. The people are standing up to the government. Their fight for justice is what unites these countries.

The people of the US, Mexico, and Colombia are having to pay the consequences of their negligent governments. They, now more than ever, find themselves need to change the laws and policies, of their corrupt and complacent governments, and the only way to do so seems though great struggle and protests.

On the night of May 3rd, another tragedy occurred in Mexico City. Two cars from the Mexico City subway, one of the biggest subway systems in the world, collapsed. This tragedy is a direct consequence of the past and present actions of the Mexican government.

To understand what caused this tragedy, and why many Mexicans are outraged, we must look into the past. The 1985 Mexico City earthquake struck in the early morning of September 19th at 7:17 with a magnitude of 8.0. The event caused serious damage to the greater Mexico City area and the deaths of at least 5,000 people. One would think that the damage was contained to 1985, but today, thanks to the negligence of the government, that tragedy continues to take more lives. The collapse of two cars from the Mexico City subway was a direct result of the government’s failure to properly respond to the damage of the earthquake. 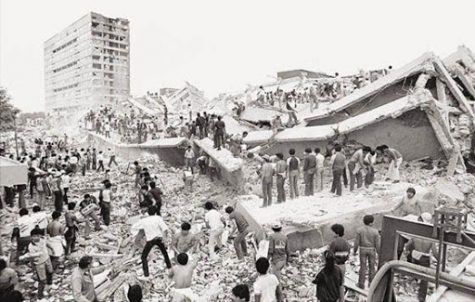 Julio Godinez, a report for Univision News, wrote that, “Neighbors of the Tlahuac area, where the metro convoy collapsed, leaving more than 20 dead and dozens injured, narrated on the same night of May 3rd to Univision News that they had already reported structural failures in the facility; nobody listened to them.” He goes on to explain that the reason for the subway collapse, as stated in a report, is that it was not only once, but multiple times, that people reported damage to the structure after the earthquake of ‘85. The governor was tasked with repairing it, but he did not do so in the best way, since it needed continuous care. Even though the people still continued to complain about the state of the roads in that area, especially because it is an area sensitive to vibration which makes it more complicated than the other metro lines, the governor failed to listen.

The STC (the metro transport service), confirmed that, “At the conclusion of the analysis of the isism, the STC determined that a column located in the Nopalera-Olivos section (a station before where the incident occurred) was damaged by cracks. The damage weakened its integral function on the weight and elasticity support.” 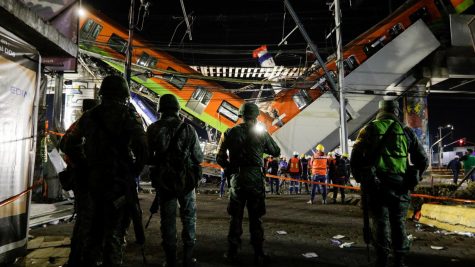 It was the government’s job to use taxes for the improvement of the country’s infrastructure and its maintenance (among other things). However, due to the large amount of corruption within in Mexican government, these funds are instead directed to the Chamber of Deputies (the governor and his close friends). Therefore, they are responsible for this Mexican tragedy by not addressing the complaints of their citizens and by stealing the funds that should have been used to prevent it. They could clearly see that the Line 12 was not in the condition to be used, and their corruption and negligence led to a large loss of life.

The people of Mexico City showed solidarity again in this terrible situation, as they tried to help each other no matter what, trying to open the doors of cars under the rubble and subway doors to save people who hadn’t managed to get out the windows. The people blame the government for this accident, as neighbors in the area had noticed the state of the subway and were not heard, which caused 23 deaths and 70 wounded in approximately 10 seconds.

Stay tuned for part 2 of this article.