Review – “Somewhere Only We Know” by Keane

I am reviewing the music video of the song “Somewhere Only We Know” by Keane.  Here’s what happened in the music video. When the band exits the concert and get into the taxi, there is a little tree spirit.  They all go into a forest together while one tree spirit watches them.  When they finish singing, the monster comes out like the music soothed it.  After it does its heart starts glowing. Then after t

hat, a bunch of other tree spirits come out of the dark and their hearts start glowing as well. I think the idea of the song was that it was about love and like two lovers going somewhere after a hard day only they know of – somewhere special.

I would give this song and it’s video five stars because it’s a beautiful song and I’ve been listening to it ever since i was a child. It has always soothed me during hard times. That’s why I listen to it while I work and do art and I never seem to get sick of it. The music video is charming and has a very pleasing atmosphere. I would recommend this music video because like I’ve said, it’s great to listen to while working or doing anything really. The nice tone and the beautiful voices really sooth you if you are feeling stressed or anxious at all. So I definitely recommend listening to this song, and I would recommend his other songs in the album too since they are also good stress relievers. 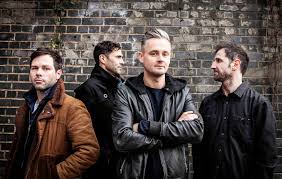 I really liked the enchanted atmosphere in the music video. I thought it worked really well with the song, I also really liked the song in general.  The band and singer are amazing and have true talent. Beautiful and stunning performance. There wasn’t anything I disliked about the music. I did choose this song because it is my favorite song and artist of all time. And that’s the perspective in writing from. Some facts about the band are that they are also known as the “Lotus Eaters” and “Cherry Keane.” Keane achieved mainstream international success when their album “Hopes And Fears” came out in 2004. The album won the 2005 brit awards for “best British album” and was one of the best selling albums in UK chart history. Overall great music video, I loved it a lot.