It’s been seven years since the Xbox One’s release, and they’ve finally released an updated version, the Xbox One X. Microsoft said that, “The Xbox One X is a powerful step-up console that supports 4K, HDR and offers improved visuals and frame-rates for certain games.” But, from the reception I’ve seen and read, that’s not entirely true. I’ve heard that the Xbox One is better than the Xbox X because of the structure, controller, games, gameplay, dashboard navigation, and customer support, and while that’s mostly true, some parts are not. We are going to talk about all of the above, starting with their terrible customer service. 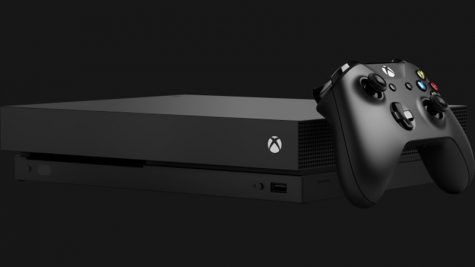 I think the Xbox support isn’t that good because my account was scammed and they couldn’t get it back for me. I know I’m not the only one going through this because I read that someone else had the same thing happen to them. They said, “I called Microsoft support, and I have been on hold for almost two hours. The guy on chat did not answer my questions fully or provide clarification. He left the chat before I was done asking questions.” It seems I’m not the only one having these problems.

Next, the structure and dashboard are basically the same as the Xbox One. The only difference is the loading time. It loads up faster than any Xbox they have ever made, and everything on the dashboard is easy to move around to and get to.

I also like the new controller. It has grip on the triggers, and the past versions have never had that. The new Xbox controller is also smaller, which I think is a lot better than the old big bulky model. Other people seem to agree that the new controller is nice. I read, “There are no big “next-gen” swings – no features designed to change the way we play and interact with games – just a slightly better controller than the one that came before it.” This was from a review on IGN.

The games and game play are most definitely better than the old generation because the fps (frames per second) is faster, and when you play the games you can definitely tell a difference. Everything just moves faster and I think it’s worth buying. In another interesting review, they wrote, “The Xbox Series X is a fantastic gaming machine that, when paired with Xbox Game Pass, represents arguably the best balance of raw power and value for money of any new console ever released. For a vast majority of players, though, there isn’t a compelling reason to buy one… not yet at least.” I mostly agree with this review, but I think there are enough good reasons to buy the new Xbox X. 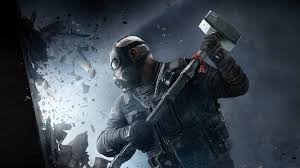 I think the whole Xbox X model is better than the regular Xbox One because it loads up faster, the gameplay seems to be faster than the previous Xbox One ever was, and they have a good model for the controller that’s smaller and comes with grips. The Xbox support is still terrible, which is the only major downside for me. I don’t think they will ever fix their support, but besides that the speed and download time is better. I think the Xbox X is worth buying, and I highly recommend the game Rainbow Six Siege.